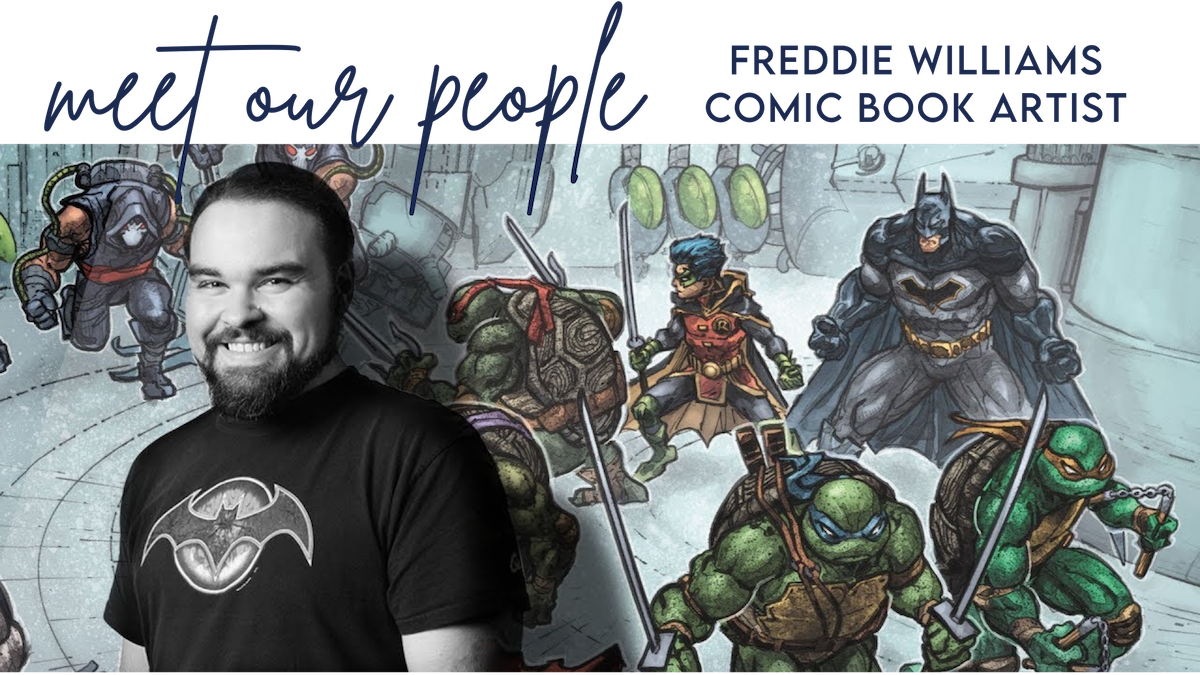 We’ve said it before and we’ll say it again: our clients are the BEST thing about our business! And it’s not just because you support what we do (and we cannot overstate how much we appreciate that) – it’s because watching you do your own things is pretty freaking cool.

One of our resolutions in 2022 is to put more of our friends in the spotlight, and this month we are continuing the trend with the incredibly talented Freddie Williams.

Freddie is an accomplished comic book artist, and we don’t just mean as a hobby. He has been drawing since he can remember, and today he contracts with some of the biggest names in the industry like DC and Marvel (yes, for real). So how did he go from sketching in high school to drawing for some of the most famous comics and comic book companies in the world? That is exactly what we’re going to share with you.

LRE: When did you start drawing?
FW: I have always been a pretty natural artist – teachers used to pick me a lot for art projects in school. The most pivotal point in my development as an artist was when Tyrone, an upper-classman at my high school, took me under his wing. He taught me so much about the process behind drawing comics and was the first one to help me understand that there is a long and messy process leading up to a final and polished product. We became best friends, back then, and I owe him a lot!

LRE: What an awesome friendship story! So Tyrone was really influential in honing your talents as a young adult. Where did that take you after high school?
FW: My plan was to skip the whole higher education scene and just go straight to comics. Back then, I thought I could just walk into a studio and get a job, but then came the “Speculator Bust” of 1995. There had been a ton of interest in comics leading up to that, and then it took a sudden nose dive to the point where I attended a convention and discovered that the industry was dying and there was no guarantee it would recover! In a glamorous turn of events, I ended up with a string of unrelated jobs including Subway, working at a toll booth in Bonner Springs, and working with yearbooks at Herff-Jones. It was incredibly frustrating, and disappointing at the time, but looking back I can see how many skills I learned at each of those places that still serve me today. I used photoshop for the first time at Herff-Jones, and I learned how to stay awake and focused on almost no sleep working the toll booth.

LRE: Wow, so you have a very personal understanding of the idea that success does not happen overnight. How did you finally transition from that post-high school path back into art?
FW: Kiki, my wife, has an aunt who did window arrangements at Hallmark back then, and she heard that they were hiring artists. Specifically, they needed someone who could do both production and design work, which was rather rare and I just happened to fit the bill. Typically Hallmark wouldn’t even look at you without a degree on your resume, but thankfully I had developed a pretty comprehensive portfolio and I got the job. I enjoyed working there for six-and-a-half years, and during that same time video games and movies based on comics blew up and consequently revived the comic book industry. I started working with DC in 2005, and that led to opportunities with Marvel and many others.

LRE: That is so freaking cool, and we’re dying to know – what comics do you draw for that we would be familiar with?
FW: I’ve been fortunate to develop a niche mostly drawing crossovers between different worlds. I have gotten to draw for the popular Batman/ Ninja Turtle crossover as well as He-Man/ Thundercats, and now I’m drawing the Godzilla/ Power Ranger crossover. 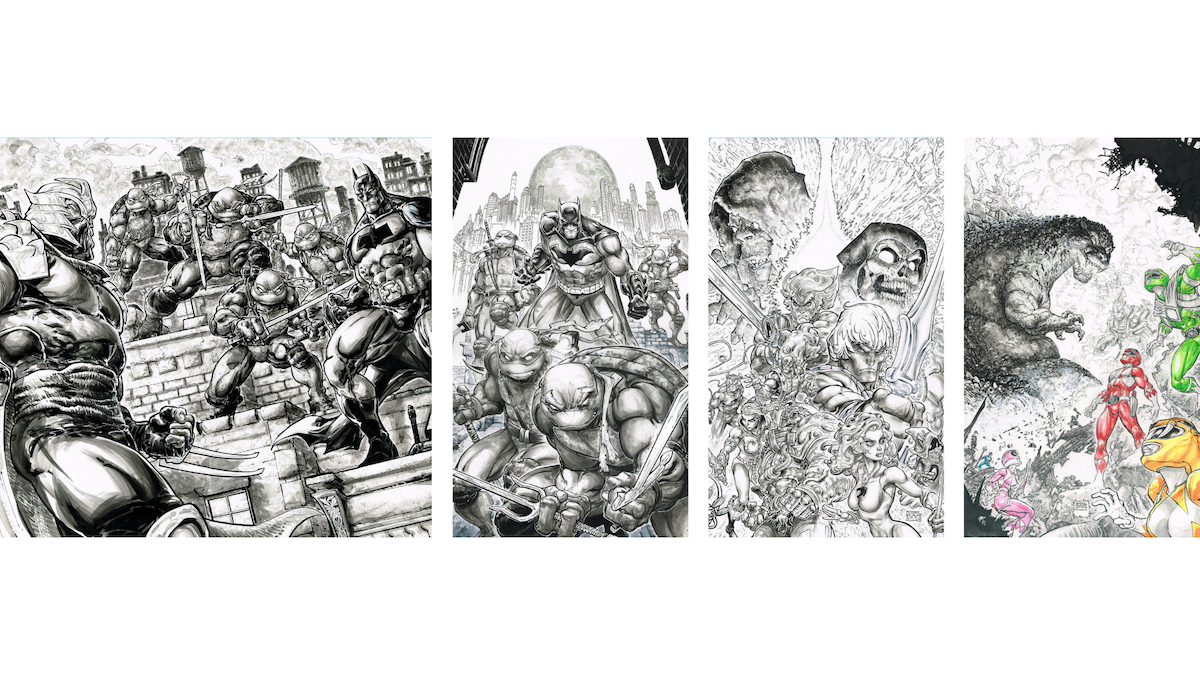 LRE: That might be the coolest job description ever. We’re imagining you hunched over a drawing board for days on end creating entire comic books in your studio – what does that process actually look like?
FW: Most of the time there is an entire assembly line of artists who collaborate to make a book come to life. Any given project may have a writer, a penciler, an inker, and a colorist. I mostly do penciling and inking, so I communicate a lot with other artists on the project via email or Zoom. My wife, Kiki, is my personal assistant and business partner so we are always together.

LRE: Is Kiki an artist as well?
FW: Not in the traditional sense, but she is very artistic. She was previously a dental assistant and a nurse, and she also was really into cake decorating, so she has very steady hands and an incredible eye for detail. Those are just a couple of the great assets she brings to our team.

LRE: You are clearly a fantastic pair – how did the two of you meet?
FW: We both went to Washington High School; she played sports and was popular of course, and I was in the back of the class and had like three friends. I thought she was funny, and I liked that she didn’t take shit from anyone, but nothing happened. After high school, our two groups of friends started hanging out more and I found out she was kind of a closet geek. She was into this book called Elf Quest, and I had never met anyone else who liked it. We started playing role-playing games like D&D, which back then was almost taboo in a way. Since then we’ve gotten to see the development of geek culture in pop culture; now the interests we were judged for have become cool and even mainstream. 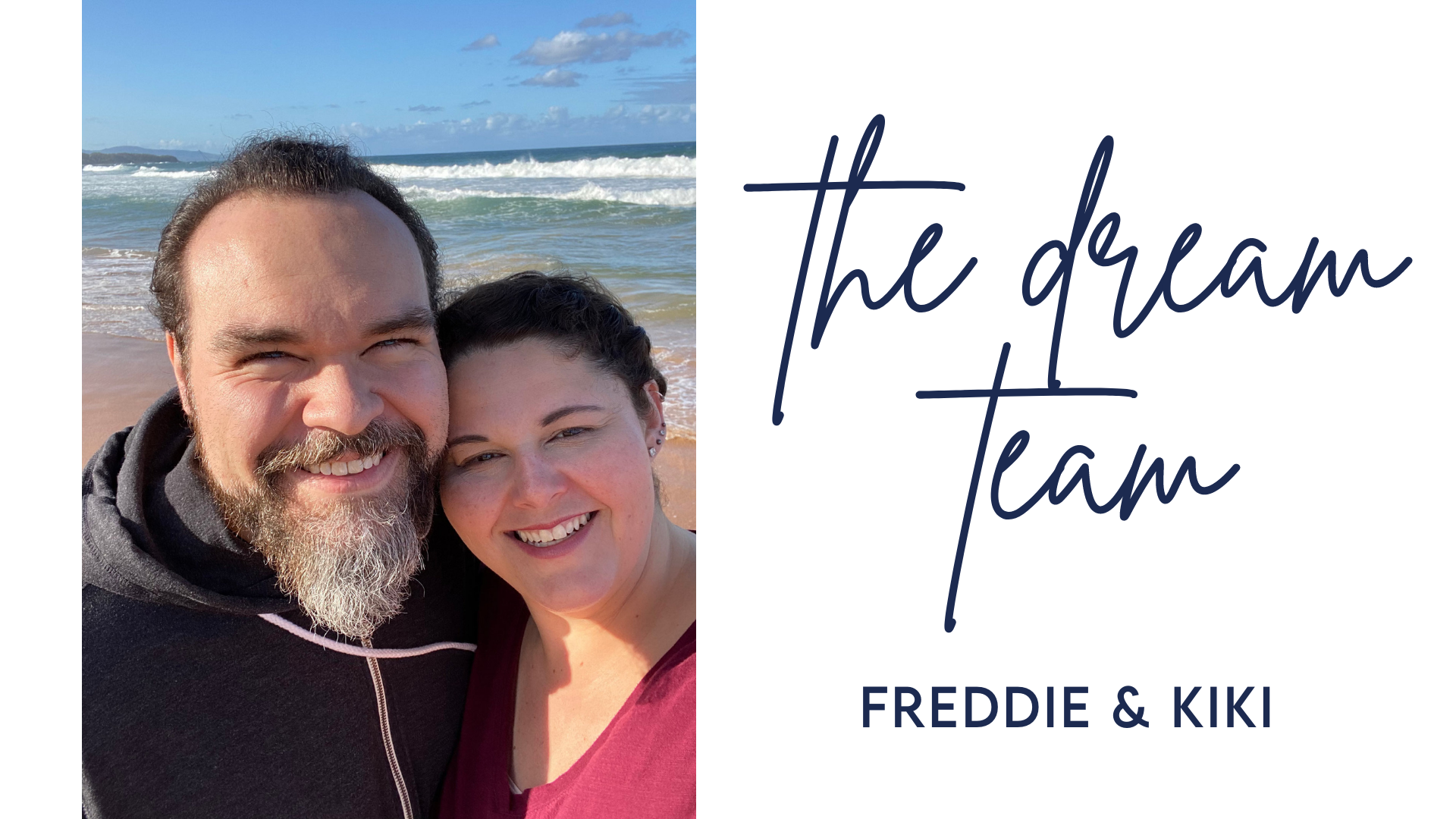 LRE: That is the sweetest background story we’ve ever heard. What a weird experience to watch what bonded the two of you almost as outcasts become a totally normal thing! It seems like movies have had a lot to do with that. Are you a purist when it comes to comic books vs movies or how do you view that?
FW: For the most part I think all of that is more universal now and you just like what you like. Almost anyone who still buys physical comic books is probably more of a purist, and I used to be that person. It kind of felt like movies and their fans were infringing on my territory. But over time I realized that even if the movie is different from the book story, the book still exists independently and you still have that and can enjoy it. Someone else loving the movie version of my favorite comic doesn’t have to make the book less enjoyable for me, and vice-versa.

LRE: What an inclusive and positive perspective, we love that. Tony is definitely a more universal fan, he loves everything from comic books to cartoons to movies. Speaking of which, of course we have to know how you originally connected with him?
FW: Jason Goethe, who happens to be both ours and Tony’s accountant, is a mutual friend and also a client of Tony’s. After Kiki and I met with Tony about selling our house, Kiki started talking to Tony about comics and we all just clicked. Tony adds an element of understanding and friendliness to the real estate process, and he makes something that can feel really intimidating much more accessible and easy to understand. The way he has built the structure around his business and his team just works really well, and we really appreciate how he takes care of his clients.